Paddle into past Janet Podolak News-Herald Cincinnati, Ohio, USA – July 10, 2005 A male swan on patrol puffs up his chest feathers and eyes us warily as we paddle near the edge of the Canadian lagoon he?s apparently guarding. When we spot a female swan nesting in the shelter of the shore, the reason for his agitation becomes apparent. We quietly glide away, leaving the swan pair to their domestic bliss in the wild. The majestic Toronto skyline emerges from beyond willow fronds gracefully dipping toward the water. I?m paddling amid the rivers, ponds and lagoons of the Toronto Islands, less than a 10-minute ferry ride from the bustling downtown Island Ferry Terminal at the Lake Ontario end of Toronto?s Bay Street. The horseshoe-shaped archipelago of 17 islands is a haven for egrets, black cormorants and other birds as well as a destination for fun-loving Torontonians. They ? and savvy visitors to Canada?s largest city ? have long come for the islands? sanctuary of beaches and gardens linked by miles of boardwalk and skating/walking/biking paths. A statue now marks the spot from which the immortal Babe Ruth hit his first professional home run from a ballpark on Hanlan?s Island in the early part of the last century. There?s also a small amusement park, ideal for the youngest children. Footbridges connect the three major islands and a handful of others among other smaller, free-standing islands. Today?s islands were a sandbar in Toronto?s harbor until a violent storm in the mid-1800s separated them and cut them off from the mainland. The remnants of a cottage community that grew up on Ward Island early in the last century stubbornly remains, although other island homes were demolished when the city took over ownership of the islands in the 1950s. Today, the old-fashioned lilac-draped cottages are highly desired by those who work in the city but value the serenity of a lakeside dwelling on a pedestrian island. A few of them are bed and breakfasts. The islands, largely devoid of motor vehicles, are easily bicycled in about an hour from one end to the other, and those renting a canoe from the Toronto Island Boathouse on Centre Island can easily while away a day. Three different ferry lines serve the major islands several times an hour in the busy summer season ? less often other times of year. I took the ferry to Ward Island, where Voyageur Quest operates four-hour island paddles each Thursday. My adventure proved perfect for a sweltering early June day. With island scents of lilacs and lilies of the valley drifting to us as we explored, my guide, Keenan Masterson, pointed out many things I would certainly have missed if I?d been paddling alone. ?I was camping here with a group of Scouts on Snake Island when the big blackout (August 1993) took place,? he told me. ?It was really strange watching the lights of the city go out.? To me, it was strange to see the familiar shape of the CN Tower or the stadium most of us still call the SkyDome (now the Rogers Centre) emerge from behind a stand of willows or marsh grasses. The wilderness surrounding us while paddling among the islands seemed more likely to produce a moose than a city skyline. But there are no moose or other wild animals larger than a squirrel on these islands, Masterson tells me. After paddling among fallen trees and lily pads as we search for turtles sunning themselves, we make a brief portage over a spit of land and soon are among stately yachts. ?That?s the Royal Canadian Yacht Club,? Masterson says. The grand clubhouse is on its own private island surrounded by well-tended gardens and stately horse chestnut trees in bloom. ?It?s very private and has its own dock and ferry,? he says. ?I?ve been on these islands most of my life, and I?ve never been there.? We paddle past Olympic Island, another private island that Masterson says is often rented for parties and reunions and past the waterside roller coaster of Centre Island, the most popular island with families. The 600-acre Centre Island has gardens, a large beach on the Lake Ontario side, a small amusement park, petting zoo and a couple of dining options. There?s a hedge maze, bicycle rentals, disc golf and a ropes course. Masterson tells me that Hanlan?s Island, the most westerly, has the Island Airport at its tip and an isolated clothing-optional beach at Hanlan?s Point. Babe Ruth?s statue is nearby. Masterson and I leave our canoe at the Centre Island Boat House and head out on foot to find a spot to enjoy our picnic. As we stroll back in the direction of the Ward Island ferry, we see the delightful little Rectory Restaurant, tucked away in its own garden. We amble past pretty St. Andrew?s Church, its architecture revealing its Victorian-era origins, and a small fire department, where a fire engine that?s one of the few motor vehicles on the island is housed. I realize that, pleasant as the islands are for an outing, this is a real community. ?Some islanders also run a water taxi service back to the city,? Masterson explains. Residents must go there to work and shop. As we walk through the narrow cottage-lined streets of Ward Island, I realize that the streets are narrow since the ?traffic? is typically on foot. There is no rush hour, no carbon monoxide, no street noise. Instead, it?s an idyllic island retreat in close proximity to the dining, night life and theater that is multi-ethnic Toronto. Already, I want to return to spend the night. Travelers? Checks Toronto is about a five-hour drive from Northeast Ohio or a 40-minute flight on Air Canada or Continental Airlines from Cleveland Hopkins International Airport. You?ll need proof of citizenship in the form of a birth certificate or passport, although motorists crossing the border often aren?t asked to show it. Reach the Toronto Islands on a $6 round-trip ferry ride from the foot of Bay Street. 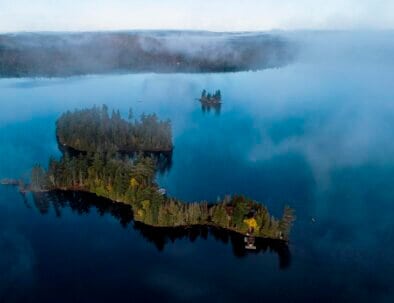 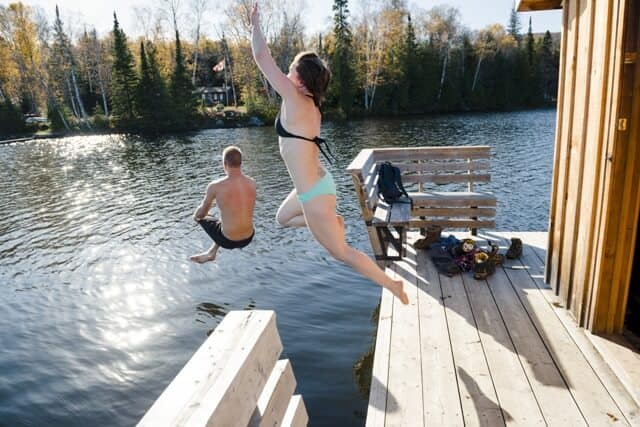